We all use the bathroom multiple times a day. But what if—instead of polluting drinking water and consuming energy with every flush—we were creating jobs and resources to grow more food?

Cape Cod is known world-wide for its pristine beaches and waterways, which provide pleasure and sustenance to all who live and visit. But a dirty secret is lurking behind the beautiful views.

For decades, nutrients from human waste have been seeping out of septic systems and into the groundwater. Excess nitrogen and phosphorus threaten a majority of Cape Cod’s estuaries and freshwater ponds, endangering critical ecosystems and tourism-reliant economies.

It’s a big problem, and it’ll take big-stakes money to clean up the traditional way. A sewer system for most of Cape Cod comes with an estimated $4 to $8 billion price tag that could price low-income residents off the peninsula. But with a lawsuit pending to compel the US EPA to take action, many local governments feel their only option is the tried-and-true wastewater treatment system.

Enter two ecologists from the New Alchemy Institute, Hilde Maingay and Earle Barnhart, who offer their lifestyle as an alternative to the “big pipe” approach. Read more about the Cape Cod Eco-Toilet Center founders.

Their proposal for keeping nitrogen out of the estuaries and phosphorus out of freshwater ponds is simple, yet revolutionary: by using eco-toilets to recover nutrients, human waste can be transformed into safe, organic compost. Using that compost as fertilizer for agriculture and landscapes, they say, will close the ecological loop between humans and nature and stabilize our food security.

Hilde and Earle argue that eco-toilet systems would not only be cheaper than sewering, but would also use less energy and water. In addition, their proposal would create jobs and resources for the local economy while contributing to sustainable local agriculture.

While Cape Cod has a serious pollution problem, we’re not in this alone.  Any community that is dealing with nitrogen/phosphorus pollution, water shortages, skyrocketing energy costs, poor soil and food insecurity—in short, all of us— can benefit from learning what eco-toilets have to offer. 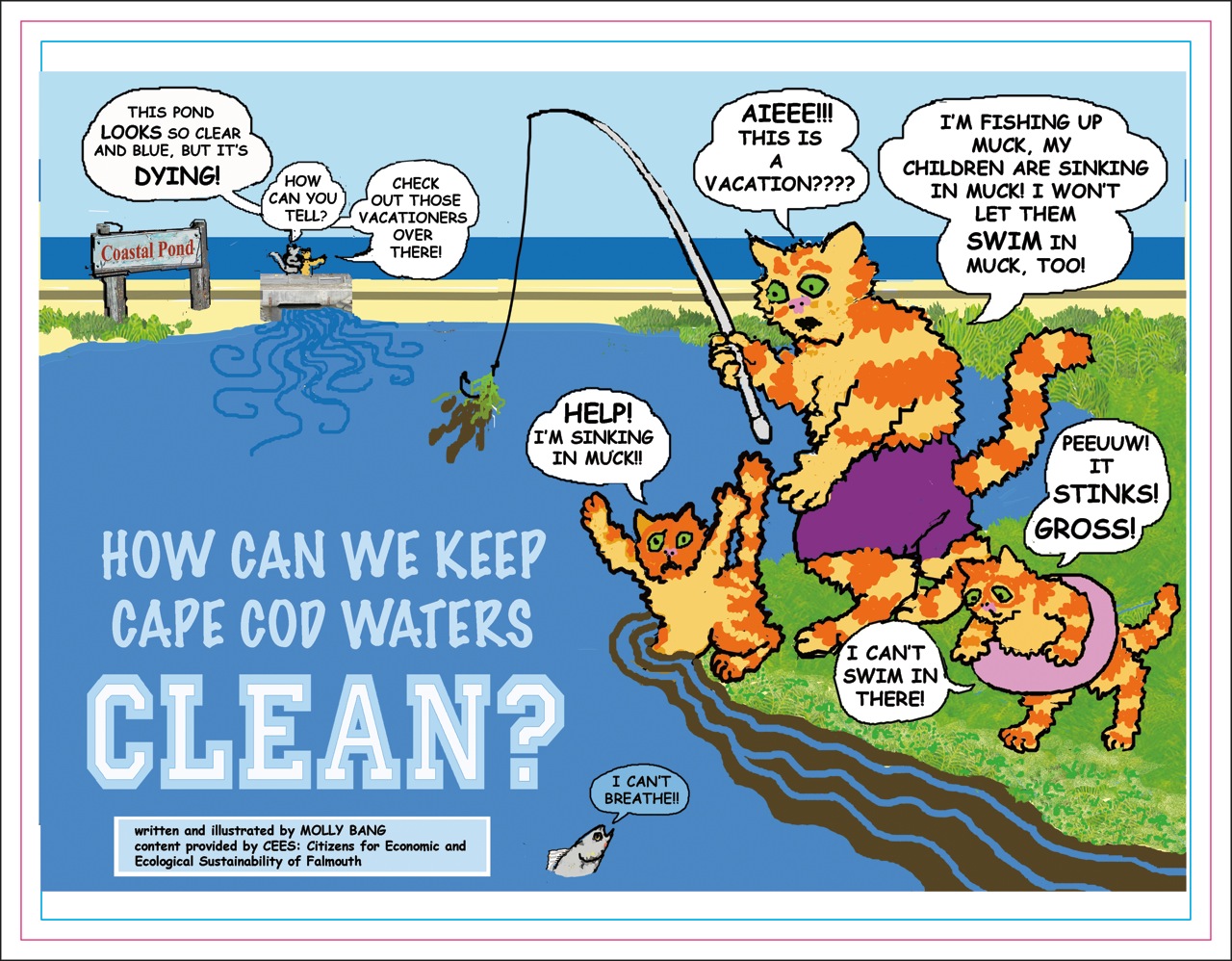 The Cape Cod Eco-Toilet Center is run by a 501(c)(3) non-profit, The Green Center Inc., an educational institute that evolved from The New Alchemy Institute. The volunteer-run organization supports projects that demonstrate ecologically derived forms of energy, agriculture, aquaculture, housing, and landscapes, and living in harmony with nature.